Our Values and Mission

Rotary International's mission is to serve others, promote high ethical standards, and foster international understanding, goodwill, and peace through its network of local, civic, and professional leaders.

Rotary International was founded on 23 February 1905 in Chicago, USA, by Paul HARRIS. Its head office is located in Evanston, Illinois, USA.
Rotary's goal is to cultivate the ideal of service that every honourable profession aspires to, an ideal summarized by the motto "Service Above All".
Rotary International is committed to using its relationships and contacts to serve the public interest, to observe high ethical standards in the practice of any profession, to recognize the dignity of any useful occupation, to consider the profession of each Rotarian as a vehicle for service to society, to apply the ideal of service in private, professional and public life, and to advance international understanding, altruism and respect for peace through friendly relations among members of the professions, united by the ideal of service. 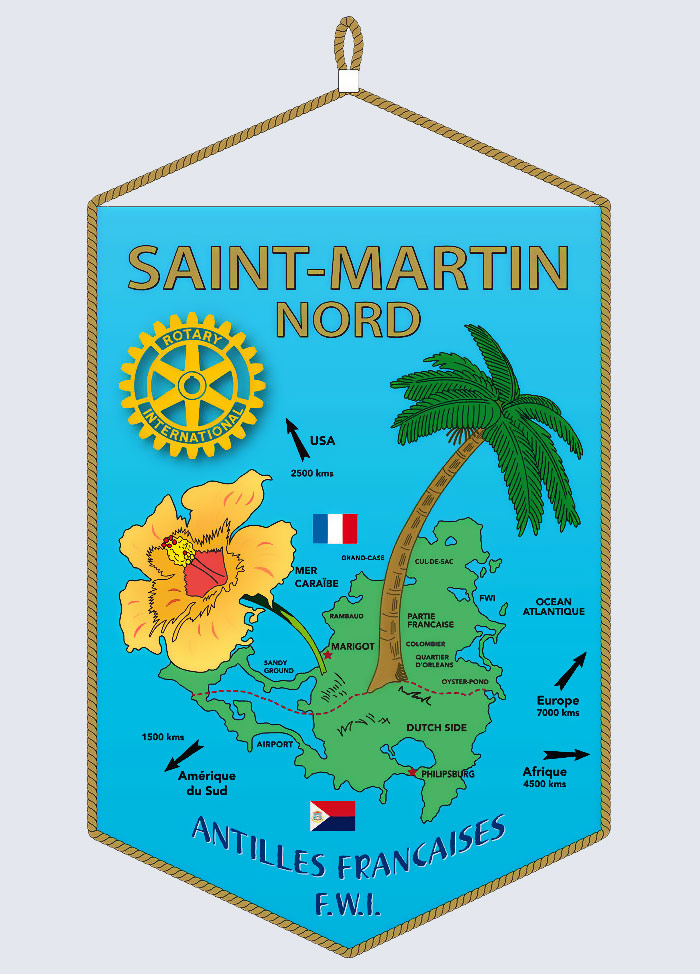 The Rotary Club of Saint-Martin Nord received its official charter from Rotary International on 10 June 1988 and became a member of this international organization, thus adhering to its values and accepting its statutes and rules.

The original Constitution of the Rotary-club, on 7 May 1988, was amended on 18 December 2003 to bring it into line with the decisions of the Council on Legislation of Rotary International.
It is also an association, governed by the French law of 1 July 1901, declared on 3 May 1990 to the Sub-Prefecture of St-Martin and St-Barthélemy, with two copies of the bylaws published in the Official Journal of the French Republic on 30 May 1990.

The Rotary Club of Saint-Martin Nord is composed of active members and honorary members. Their membership in the Club implies acceptance of the Constitution of Rotary International, as contained in the latest edition of the Manual of Procedure, acceptance of the Club Constitution and compliance with these Club Bylaws.
Active members must be of unquestionable good repute and have an excellent professional reputation. You may not be an active member of the Rotary Club of Saint Martin Nord and another Rotary Club, or of another Rotary service organization (Interact, Rotaract or Inner-Wheel), or of any other service club, nor may you be an active and honorary member of the Club at the same time.
The Rotary Club of Saint-Martin Nord is led by a President and a Committee who entrust its members with various tasks, organized into five "Standing Committees", in accordance with the administrative structure of the clubs recommended by Rotary International, namely:
- Administration of the Club,
- Staffing,
- Public image,
- Actions
- The Rotary Foundation. 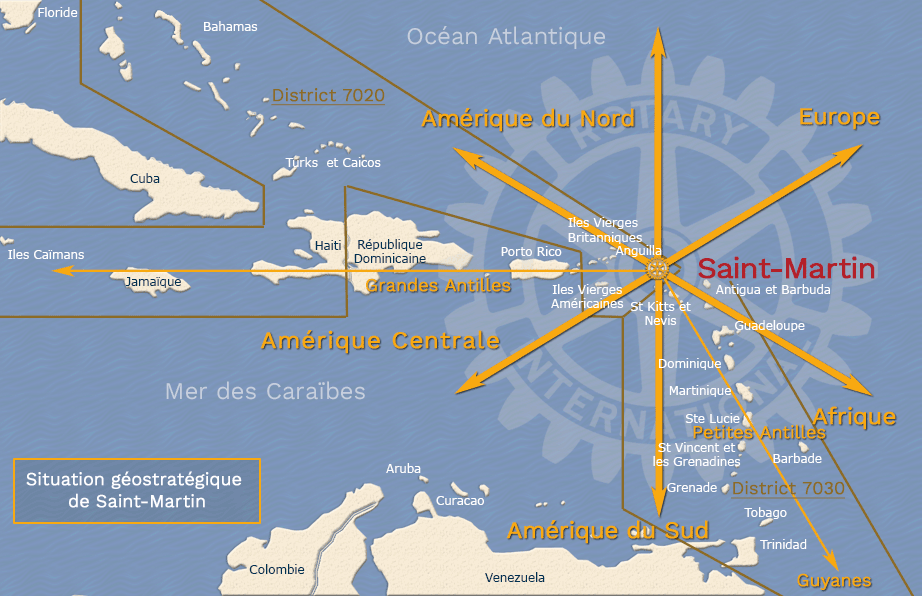 District 7030 includes all the islands of the Caribbean, from St Kitts & Nevis to Trinidad and Tobago, as well as Guyana, Suriname and French Guiana.

Get in touch with us